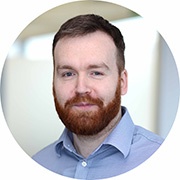 Whether deliberately or through carelessness, fleshware continues to be a weak link for data security. That’s no excuse for not patching the software though.

Elsewhere in the news, while Brexit continues to dominate the political landscape, the Labour Party may have gotten in on the data breach action as well, with rumours of attempts to access membership databases.

While relying on security through obscurity isn’t the best idea, for satellites at least physical access has been put beyond all but the most determined threats.

Meanwhile, data breaches this month include a total of 617 million accounts for sale on the dark web. Some were still using MD5 hashing for the password, despite this deemed as “cryptographically broken and unsuitable for further use”.

While patches were released more than a year ago for Spectre attacks, new research suggests that software mitigation is not enough, but hardware redesign would be required.

A security flaw in WinRAR dating back 14 years has been discovered. The fix? Remove the functionality.