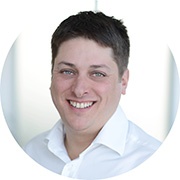 During a regular meeting with a customer we had a discussion around their biggest pains, they were being asked by their leadership team to save money within the IT Budget. So we asked to review their IT budget lines starting with the biggest to see where there was opportunity to save.

We quickly identified a cost saving; they were paying over £150,000 per year on maintenance of the Cognos platform they used for reporting. Knowing that they had just completed a migration from on-premises Exchange to Office 365 in Azure, we asked if they had bought Office 365 E5 licenses, which include Power BI and it turned out that they had.

With this knowledge we worked with the IT Manager to plan and scope a migration from Cognos to Power BI. We were fortunate that much of the data warehouse was in SQL Server and met most of the business needs, this meant that we could focus purely on changing the presentation of the reports.

We gathered usage telemetry and checked with the users to find out if they had any reports that they ran for exceptional circumstances like year-end, budget planning, annual promotions etc. This meant that we knew which reports were critical to be replaced and could prioritise the roll out of the new reports.

We adopted an agile approach and prioritised the deliverables to write, test and deploy the reports with Power BI. We used our adoption framework to ensure that the users had a positive experience switching from Cognos to Power BI and measured the adoption so that we could report the uptake back to the project sponsors. The project took less than three months, was a huge success with the users and cost less than half of the annual maintenance fee so the IT department made an immediate return on their investment.

Take a look at our Power BI Business Value Assessment to find out whether your business could benefit from Power BI.

Helping you adapt to the new normal: watch our webinar

Do I need a Data Strategy?