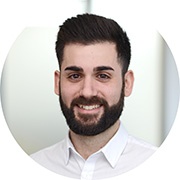 Security concerns have risen this month around the government’s controversial plan to allow Chinese telecoms giant Huawei, which is accused of being a gateway for China to spy on Western nations, build the UK's 5G network. Former defence secretary Gavin Williamson, who was sacked for disclosing these plans, denies the Huawei leak.

Over 30 critical security updates for Windows have been released in April 2019. Click here to see the full list.

Facebook revealed that millions of Instagram Users’ Passwords were stored in plain text and contacts from 1.5 million email accounts were collected without users’ permission.

Docker Hub, one of the largest cloud-based library of Docker container images, has suffered a data breach and asked users to reset passwords. Find out more here.

See how organised hackers may use the so called ‘Collection #1’, a collection of 773 million records on a hacking forum, to prepare cyber-attacks.