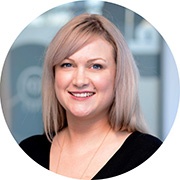 This is a guest post by Tom Austin from Coeo partners Redgate Software.

The financial services industry is heavily regulated, complicated, and challenging in IT terms. Conversely, it’s also the industry that has the most to gain from DevOps initiatives.

Firstly, let’s start by trying to define DevOps. I’ve seen 101 different presentations and heard 101 ways of describing it, but I like the one from Donovan Brown, Principal DevOps Manager at Microsoft:

“DevOps is the union of people, process, and products to enable continuous delivery of value to our end users.”

Unfortunately, it’s not something you can just buy or decide to do tomorrow. Instead, it’s a shift that needs the right guidance to become reality. But while there are significant challenges and costs to adopting DevOps in the financial industry, the benefits are too great to ignore – as are the risks of not delivering value to customers quickly enough and losing your customers to competitors or new fintech disruptors. But what are the drivers for adopting DevOps in financial services, how can you include the database, and how can you assess your database DevOps maturity against your peers?

As the 2017 State of DevOps Report from DORA and Puppet shows, there are big advantages for companies and organizations which embrace DevOps. They can typically deploy changes, updates and improvements 46 times more frequently, for example. Their change failure rate is also 5 times lower, and they can recover from failures when they do occur 96 times faster. In the financial services sector specifically, DevOps enables companies to perform better in three key areas.

Including the database in DevOps

DevOps is about changing the culture of software development and improving collaboration between development and operations teams. But it’s also about automating many of the common jobs in delivering software, such as source control, testing, compliance and security checks, and deployments. With the automation in place, a process is established that is now common in application development: Development progresses from source control through continuous integration to release management before changes are deployed. At each stage, the changes are checked and tested so that errors are picked up earlier in the cycle and software releases are both faster and more reliable. Databases, however, are more problematic because business critical data needs to be safely and correctly preserved. In addition to this, there are specific challenges in financial services, such as extremely complex systems, legacy databases, and siloed departments. Tools and processes have now been introduced, however, that allow databases to be developed alongside applications by plugging into and integrating with the systems and infrastructure already in place:

As can be seen, rather than database development being separate to that of the application and managed at the very end by a siloed team, it becomes an integral and natural part of the whole development process. This is a real advantage for companies and institutions where, typically, the database has been a bottleneck. Because the application and database are developed and tested together, errors or potential issues are highlighted much earlier in the development process, avoiding problems when changes are deployed. Compare this to the conversations I’ve had with a lot of DBAs who are required to review thousands of lines of script when it comes to deploying database changes. That can take days, depending on how many errors they find in the script. By committing database changes to source control on a regular basis, you can introduce automated builds and tests to make sure that all of those small units of change are tested and validated multiple times before you are ready to deploy to your next environment. This results in releases being more reliable and less timeconsuming, and also means you can respond to change a lot faster.

This article is based on a series of posts from the Redgate blog about the leading DevOps drivers in financial services. To find out more, please visit their blog.

Podcast: Data in Financial Services and Insurance (with James Ryder)

Data Strategy in Finance and Insurance