Player harm and technological change – high stakes for operators as well as players? 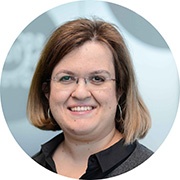 In 2005, the Gambling Act came into force, designed to set out a legislative structure that included measures for player protection that could cope with modern electronic gambling. However, the increasing pace of technological change has led to concerns that this legislation has fallen behind and is no longer able to adequately protect players – could technology also provide news ways to solve this problem?

Gaming operators in the UK are under pressure - already some of the most highly regulated and taxed in the world, they face high costs, increasing media and government scrutiny while dealing with a huge volume of online and betting terminal activity that makes keeping track of (and therefore protecting) vulnerable players very difficult.

The latest attempt to combat player harm involves tightening the rules around Fixed Odds Betting Terminals, or FOBTs. These machines, found in high street betting shops, have come under fire as an anomaly in the otherwise highly regulated world of gaming in the UK. Digital technology makes them fast to use (a new bet can be placed every twenty seconds) and stakes can be up to £100; last year, the Guardian reports, 233,000 FOBT users lost more than £1000 in a single short sitting. Opponents claim that betting shops, unlike casinos, have a poor record of preventing underage gambling, supervising players and intervening against problem gambling and thus are not appropriate places for such high stakes; they feel this very modern type of gaming technology exploits the vulnerable. This week, the Gambling Commission made the recommendation that the maximum stake for these machines should be reduced to £30 – it is now for the Government to review this and the likely impacts on employment and loss of tax revenue.

Online gambling is also coming under increasing scrutiny, with opponents claiming that while only 4% of the population gamble online, almost 35% of players deemed ‘at risk’ do so. The fact that players are not ‘present and visible’ makes harm prevention difficult online - 888 Holdings, a purely online company, was recently fined £7.8million by the Gambling Commission who identified ‘significant flaws’ in the technology used to protect consumers. One example cited was that customers who had self-excluded from one set of games on one platform were still able to sign in for over 13 months on another platform used by the site, and 888 Holding’s failure to identify and resolve this loophole meant they were judged to have failed in their obligation to safeguard the vulnerable. Many feel this highly profitable area will be next under scrutiny.

However, while all these examples cite technological advance as a factor in increased player harm, advocates say it should be increasingly deployed to make the industry safer. For 888 Holdings, for example, better integration of their multiple platforms or implementing a single customer view could have prevented their culpability.

A more sophisticated approach to data analytics could also help here. Traditionally, algorithms have been too simplistic to spot ‘problem players’ – for example, it can be hard to tell whether high bets represent an individual with an issue where intervention is required, or simply a high net worth individual operating within sensible limits for them. However, advances in machine learning mean that automated systems can analyse multiple variables and spot the anomalies in behaviour that signal transition into at-risk behaviours in real time, making it faster and simpler for gaming operators to intervene.

It’s also important not to overlook simpler technical solutions, such as reducing the speed of play on FOTBs and online platforms (from twenty seconds to two minutes, or more), making it harder for players to incur big losses without time to pause, and introducing mandatory smart cards for access allowing individuals to self-exclude effectively.

Perhaps if operators and platform providers can implement such solutions and demonstrate their effectiveness, technology can be seen as a benefit to players and a clear way to reduce harm.

Laying the groundwork for data-driven retail

PCI DSS and your data platform