Using an Azure cloud witness in your failover cluster 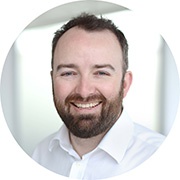 I’ve blogged previously about the need to configure a quorum witness on failover clusters and now with Windows Server 2016 there’s a great new quorum option – a cloud witness.

The key scenario that a cloud witness simplifies is a multi-site failover cluster – a cluster with nodes in different datacentres. They are a common way to implement multi-site disaster recovery, particularly for SQL Server where the use of an Availability Group requires a failover cluster but doesn’t require shared storage to be presented.

This is where the cloud witness feature fits neatly in, taking only a few minutes to setup and giving you access to that third site for a negligible investment.

A cloud witness isn’t just useful for multi-site clusters though -- any cluster where all the nodes have access to the internet (HTTPS) could be configured to use Azure for the witness. Most clusters that we’ve built in the past have used a file-share witness but I love the idea of off-loading the maintenance of those file shares to Microsoft and I’m looking forward to decommissioning those file servers that only exist to provide me with file-share witnesses.

Its shockingly simple to implement and the steps and detailed very well here: https://docs.microsoft.com/en-gb/windows-server/failover-clustering/deploy-cloud-witness