VM level Snapshots & Differential Backups – What to keep in Mind 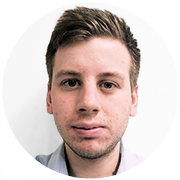 You want to protect your VM’s and databases in case of disaster. You implement a backup strategy to meet your requirements, but they’re separate technologies. What can go wrong? What should you watch out for? Let me tell you about something I came across recently…

We then reviewed the backup history for one of these databases, using the following script:

Interestingly, amongst the backups that were taken by the Ola Hallengren solution job, we could see that there were additional FULL backups which were not copy-only being taken to a GUID location, as below:

This type of GUID indicates that the backup was taken via VSS (Volume Shadow copy Service). SQL Server supports virtualisation-aware backup solutions that use VSS to take volume snapshots. Examples of such tools include, but is not limited to:

Our suspicions were confirmed when reviewing the SQL error logs where we could see messages around the time that these backups were taken, such as

“I/O is frozen on database DATABASE_NAME. No user action is required. However, if I/O is not resumed promptly, you could cancel the backup.”

This, with the knowledge that this was an Azure VM, looked to be a VM snapshot.

Snapshots taken at the VM level can potentially interrupt the differential bitmap and backup chain.

In this case, a VM snapshot was taken mid-week on their Azure VM. This mid-week VM snapshot included the SQL instance and took a full backup of all databases. As these backups were not copy-only backups, this meant that any database recovery would require this backup to be utilised, thus breaking the differential backup chain set up as part of the existing Ola Hallengren backup solution.

To rectify this issue, we needed to implement a registry edit for the server in question. This is as follows:

This registry setting directs VSS to take full backups as copy-only as a part of its snapshots. This enables these VM snapshots to be taken without disrupting the backup chain.

This is documented by Microsoft at the following link:

After applying this registry edit, we could see that the backups were being taken by the SQL server backup jobs uninterrupted, and the now daily scheduled snapshots were taking copy-only backups each morning.

As you can see, these technologies do not always play nicely together, but they can very easily be made to. We have given you the (registry) key to unlock this problem and avoid it in your own implementation…

Have you encountered this issue? Got any questions? Let us know in the comments or contact us at info@coeo.com

Could verifying your backups be costing you money?

Recovering from Disaster - a five-point plan