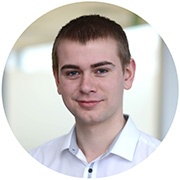 While performing an in-place SQL Server upgrade for a customer, I came across the KB2919355 issue. This article will show you how to resolve this this problem and point out why this can be misleading.

First, the environment. The box was running Windows Server 2012 R2 and had SQL Server 2014 already installed which was being used as a data warehouse. The plan was to migrate away from SQL Server 2014 to SQL Server 2016. The problem presented itself almost immediately: 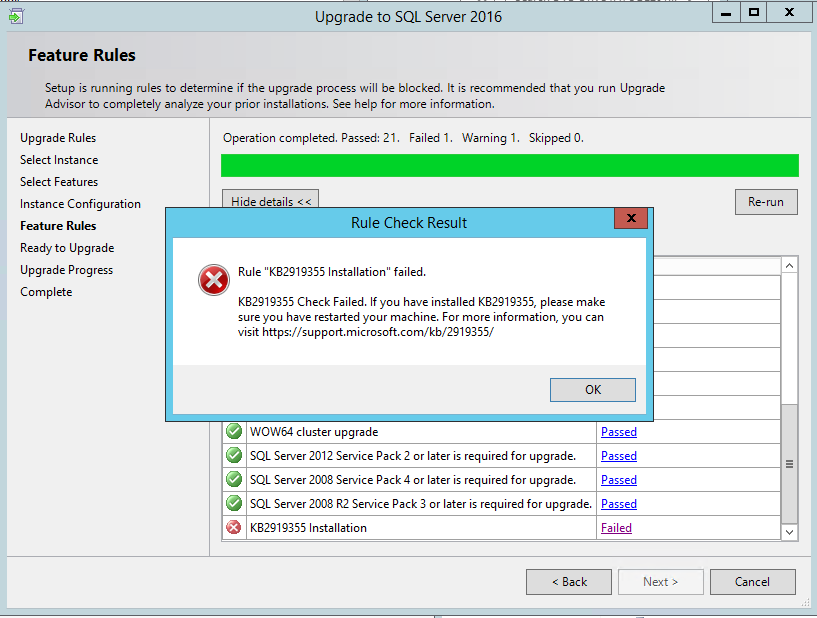 As you can see, the upgrade feature rules check failed around the KB2919355 installation. At this point, reading the error message, I assumed (I know, I know, it’s something we should never do as a DBA!) that the patch had been downloaded and applied during the latest round of Windows patching, and all that was required was a server reboot. I was wrong.

Upon running the upgrade again, I got the same error message. Hmm, annoying. So, after some Googling I was confident I knew what to do to resolve this; download and install the KB2919355 patch. So, I downloaded the patch from the official Microsoft website (KB2919355) and kicked off the installation.

As you can probably tell, annoyingly the patch installs failed. Back to Google. I figured out that to install KB2919355, I needed to install a different patch: KB2919442. As far as I’m aware, these are not included within the normal Windows updates, in some cases, I’ve seen them referenced as optional updates to download.

Once those two patches had been installed and the server rebooted, I then re-ran the SQL Server 2016 upgrade and it passed the feature rules without issue and I was able to complete the upgrade successfully.

Hopefully this will save someone out there lots of time and from pulling their hair out scouring Google for a solution.

Azure Cosmos DB, to Infinity and Beyond

Keeping Your Skills Sharp During the Pandemic

Adventures with SQL Server 2019 on Linux

Moving SQL Databases and what to do when it goes wrong!